Boost your website to offer a better and faster customer experience. Let our team manage the change and enjoy the high-speed loading in China and the rest of Asia. A Content Delivery Network (CDN) is, in terms of the primary service it offers, a set of cache servers, placed at various strategic geographical points and containing copies of the same content for distribution to users located nearby. When a user accesses a site without a CDN, they send queries to the server that hosts the site, called the origin server, which may be geographically remote from them. The request then goes through many Internet routes which can be lengthy depending on the distance to be travelled, slow and possibly congested.

The principle of a CDN is to act as an intermediary between users and the host and to issue the content from servers placed in various locations across the world, nearest to the users. For the user, the CDN will behave just as the website would directly. For the host site, it will also behave more or less as a web user would. This usually allows you to implement a CDN solution without touching the host site.

Created in 2004, CDN Tech is a French company which merged with Ecritel in 2016.  With the acquisition, Ecritel goes beyond hosting and outsourcing solutions, and offers a high added-value complement: integrating and managing solutions from the main operators of CDN and services of secure distribution of internet, mobile and video content.

With over 13 years of expertise in improving web performance, CDN Tech is the most important independent precursor to CDN integration in the market. Content acceleration solutions used to be considered as comfort tools, but they are now a prerequisite for High Availability & High Performance.

The use of the CDN is essential when you want to reach Internet users all over the world, whether for the deployment of sites and web applications or for downloading files. With over 100,000 points of presence around the world distributed over twenty different operators, the CDN Tech solution allows you to gain performance, regardless of the location.

A performance-based load balancing of CDN networks is performed in real time for an ideal user experience.

Learn everything about our CDN multi-operator solution that brings together the best CDN providers. Our solution is powerful and easily to deploy. It improves the delivery performance of your sites or applications, and enhances the experience of your users. 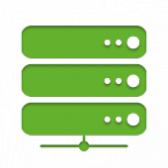 Caching all types of content called “static” and disseminate it closer to the user. 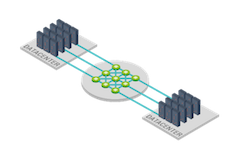 In addition to CDN technologies, other applications used by Ecritel come at stake providing support.

The MultiProtocol Label Switching (MPLS) enables our Shanghai data centers to be directly linked to those based in France. Clients’ servers from both side enjoy a fast and easy connection which ensure a higher performance of the network.